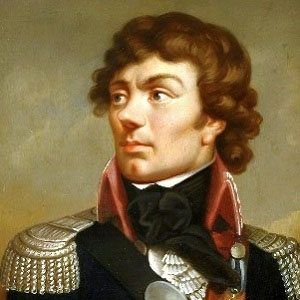 Remembered for fighting the Prussians and Russians in their military initiatives against the Polish–Lithuanian Commonwealth, this war hero also aided the Continental Army during the American Revolutionary War.

In his youth, he attended the Royal Academy of Painting and Sculpture in Paris, France. In 1776, he traveled to America to serve the Continental Army in its struggle against the British.

An outspoken human rights advocate, he included in his will instructions that his American fortune be used to assist, educate, and free slaves.

Born in the town of Mereczowszczyzna (in modern-day Belarus), he later lived in France and America. He died in Switzerland at the age of seventy-one.

He was a contemporary and good friend of third United States President Thomas Jefferson.

Tadeusz Kosciuszko Is A Member Of