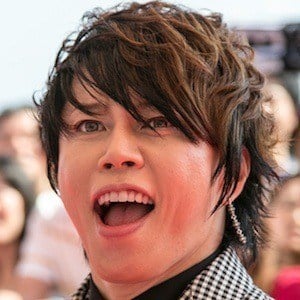 Japanese singer and actor known for performing under the pseudonym T.M.Revolution. He'd first rose to fame as a member of the rock band Luis-Mary. After beginning his successful solo career, he also became a member of the band Abingdon Boys School.

In junior high, he began to gain an interest in music and later dropped out of school to pursue a career in music.

His father, Yasuhiro, was a government worker, and his mother, Kazuko, was a dentist. He was married to singer Yumi Yoshimura between 1999 and 2002.

In 2015, he brought to life the character Zuzu in the sci-fi comedy Galaxy Turnpike.

Takanori Nishikawa Is A Member Of