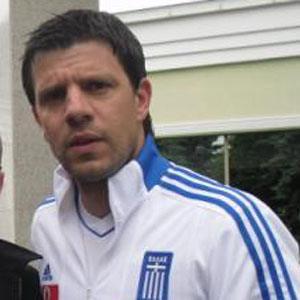 Soccer defender best known for his time with Panionios and Panathinaikos; later he became Technical Director of the Hellenic Football Federation.

He received his training with the Panionios youth academy; he and the team won a Greek Cup in 1998 before he left.

He was part of Greece's 2004 European Championships victory, which took all of Europe by surprise.

He played alongside Akis Zikos on the Greek national team.

Takis Fyssas Is A Member Of