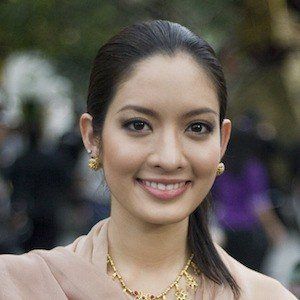 Lakorn star and feature film actress who has made a name for herself leading 2008's Jam Loey Rak and 2010's Wanida. She has also starred in films like Bangkok Traffic (Love) Story and Legend of King Naresuan: Hostage of Hongsawadi.

She earned a degree in communication at Chulalongkorn University before making her acting debut in the television show Mit Chaibancha MayaCheevit.

She has appeared in commercials and advertisements for major brands like Garnier and Toyota.

Both she and Boy Pisanu appeared in the 2010 film Wanida.