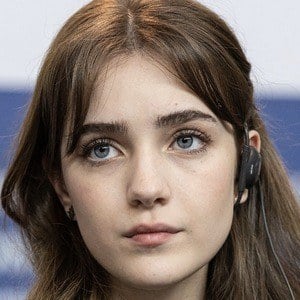 Actress who has earned acclaim for her turn in the 2020 film Never Rarely Sometimes Always as Skylar. She was cast to star in Steven Spielberg's 2020 film adaptation of the musical West Side Story, as well as the 2021 Netflix movie Strangers.

She earned her acting break at age 12 in the Broadway production of Matilda with her sister.

She appeared on a 2016 episode Sesame Street. She also produced and appeared in the 2018 short Only We Know.

Her sister is Mimi Ryder. She also has a brother named Tre.

She was cast to star alongside Maddie Ziegler and Ansel Elgort in 2020's West Side Story.

Talia Ryder Is A Member Of