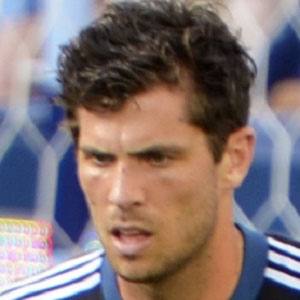 American goalkeeper who was named to the 2011 MLS All-Star team as a member of the Houston Dynamo. He played for Esbjerg fB in the Danish league from 2007 to 2009 before beginning his MLS career with Houston.

He became the second goalkeeper in MLS history to score a goal internationally when he netted one in a 2009-10 CONCACAF Champions League game.

He married Erica Hall in 2010. She also played soccer at San Diego State.

He became teammates with winger Oscar Boniek Garcia on the Houston Dynamo.

Tally Hall Is A Member Of