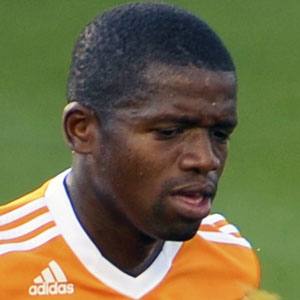 Honduran right winger who was named the MLS Latin Player of the Year with the Houston Dynamo in 2012.

He made his professional debut with Club Deportivo Olimpia in 2004.

He joined the Honduran national team in 2005.

His father and mother chose his middle name in honor of a famous Polish footballer.

He became teammates with Brian Ching on the Houston Dynamo in 2012.

Boniek García Is A Member Of