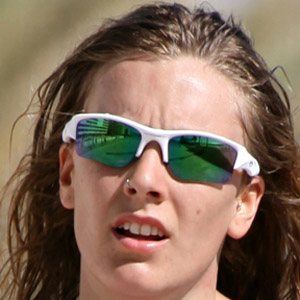 Triathlete who made her international debut in 2010, and became a member of the National High Performance Team.

Her first international non-junior competition was on June 12, 2010, when she placed 26th at the Premium European Cup in Pontevedra.

She was born and raised in Elche, a city in the Alicante province of Spain.

In the early stages of her career she raced while also attending Universidad Complutense de Madrid, where Alejandro Amenabar also received his education.

Tamara Gómez Garrido Is A Member Of