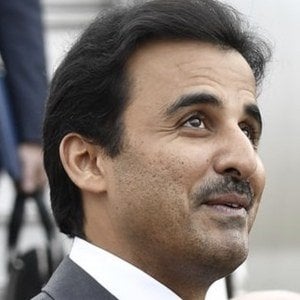 Famous for his tenure as the eighth emir of Qatar, which began in June 2013. Upon his assumption of the throne in 2013, he became the youngest monarch in the world, and the youngest ruling leader of any Gulf Cooperation Council countries.

He graduated from the Royal Military Academy Sandhurst in England in 1998. He subsequently served as a second lieutenant in Qatar's Armed Forces.

He founded Oryx Qatar Sports Investments, which has earned ownership of Paris Saint-German FC, in 2005. He led Qatar's bid to host the 2020 Olympics.

He assumed the throne of emir of Qatar in 2013 following his father Hamad Bin khalifa al Thani's abdication.

Tamim bin Hamad Al Thani Is A Member Of