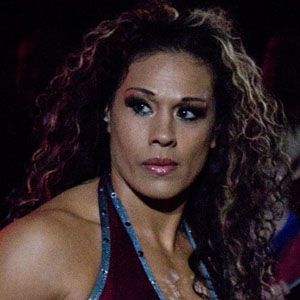 WWE diva who was ranked a top 20 female wrestler by Pro Wrestling Illustrated.

She trained at the Wild Samoan Training Center before beginning her amateur wrestling career in 2009.

She earned her first pay-per-view title shot in 2013, but failed to defeat Kaitlyn.

She was married to Brandon Polamalu from 1995 to 2003. She has also been romantically linked to wrestler Darren Young.

She had a feud with Beth Phoenix that began in 2012.

Tamina Snuka Is A Member Of