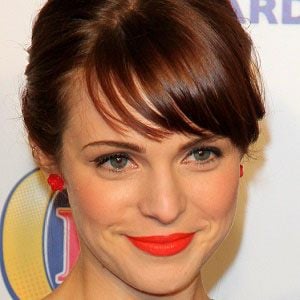 Perhaps most well known for her portrayal of Constance Bonacieux on the BBC series The Musketeers, she is also notable for her role as Lucy in The Inbetweeners Movie and its 2014 sequel.

In her early years, she trained as a dancer. Deciding she preferred acting, she later studied at the Drama Centre London and performed at The Belgrade Theatre.

In 2012, she played Rachel Thompson on the BBC Three sitcom Cuckoo.

She spent her early years in Coventry, West Midlands, England.

She appeared with Lenora Crichlow in several episodes of the BBC's Being Human.

Tamla Kari Is A Member Of