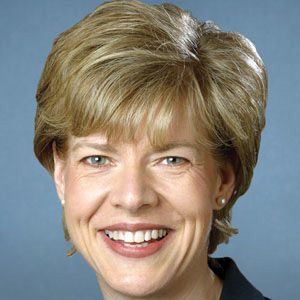 Democratic politician who became the first female US Senator from Wisconsin in 2013 after serving as a U.S. Representative from 1999 to 2013. She was previously a Member of the U.S. House of Representatives from Wisconsin's 2nd district for 14 years.

She held a position on the Dane County Board of Supervisors from 1986 to 1994.

She is the first openly gay US Senator in the history of the US but commented upon her election that she "didn't run to make history."

She separated from her long-time domestic partner Lauren Azar in 2010.

While in Congress she attempted to get Dick Cheney impeached.

Tammy Baldwin Is A Member Of