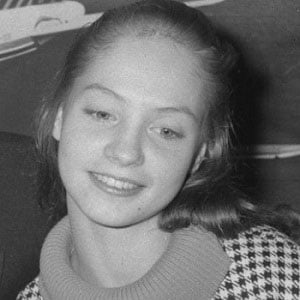 Legendary ballet dancer remembered for being a prominent member of the New York City Ballet. In 1965, she was stricken with polio and became a teacher despite being paralyzed from the waist down.

She earned a scholarship to attend the School of American Ballet in 1941.

Ironically, prior to her diagnosis, she performed in a production at a polio benefit in which she played a paralyzed polio victim.

She performed in roles created specifically for her by notable choreographers like Merce Cunningham.

Tanaquil LeClercq Is A Member Of