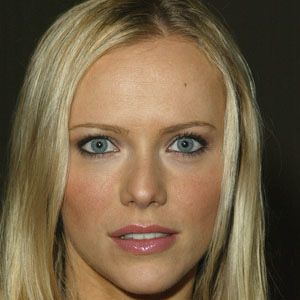 Canadian actress who was in the film Legally Blonde 2 alongside Reese Witherspoon.

She had a brief role on the Canadian teen drama Breaker High.

She appeared in the film Scary Movie, which parodied other horror movies.

She began acting at the age of 15. Her sister Rebecca is an actress as well.

She was in the film Head Over Heels alongside Freddie Prinze Jr.

Tanja Reichert Is A Member Of