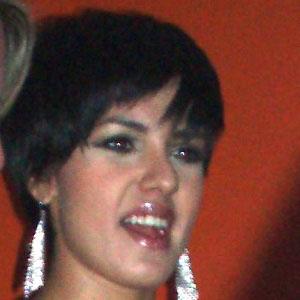 Serbian pop and folk singer who shot to stardom after appearing on the first season of the singing reality competition Zvezde Granda in 2004. She released her debut album Tako Mlada the following year.

She was born in the village of Radinac and auditioned for Zvezde Granda at age nineteen.

Her single "Gde Ljubav Putuje" was used as the theme song for the 2008 film Serbian Scars.

She married Dusan Jovancevic and they have two children together.

She and Rada Manojlovic both became famous for their performances on Zvezde Granda.

Tanja Savic Is A Member Of