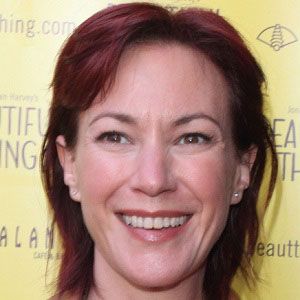 Famous for playing Rainie Cross on the British soap opera EastEnders, she is also notable for her starring roles as two different characters named Karen on the BBC Three's Pulling and on Channel Five's Family Affairs. In addition, she portrayed DI Rowanne Morell on the popular ITV police series The Bill.

Her extensive stage credits include roles in the Royal National Theatre's production of Sing Yer Heart Out For The Lads and in the UK touring production of Sherlock Holmes: The Best Kept Secret.

She and comedian Steve Edge were both in the cast of the British mockumentary series The Cup.

Tanya Franks Is A Member Of