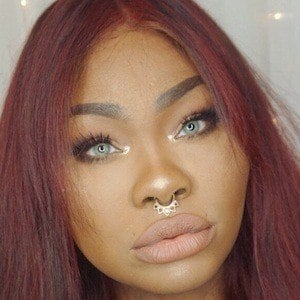 She signed up for her YouTube channel in February of 2016. Her first video was called "Desio and Solotica Contact Dupes!!"

She began dating a social media personality known on the web as Savior. His Instagram is iwasborntobeaskeleton.

Tanya Young Is A Member Of