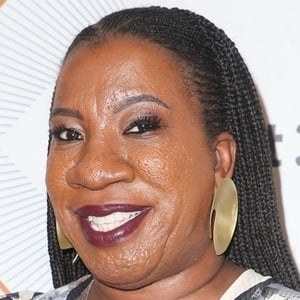 Social activist who created the campaign Me Too for her nonprofit organization Just Be Inc. in 2007, the phrase later became a popular hashtag used on social media to stand in solidarity with sexual violence victims. She also worked as a Senior Director for Girls for Gender Equity.

While working as a youth camp director in 1996 she had a private conversation with a victim of sexual abuse which inspired her to create the phrase "Me Too."

She was chosen to push the Waterford crystal button to release the ball drop in Times Square on New Years Eve 2018.

She posted a photo on Twitter with her mother in September 2016.

She has been credited for Me Too campaign by Alyssa Milano on Good Morning America in October 2017.

Tarana Burke Is A Member Of