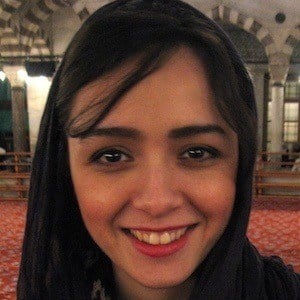 Award-winning Iranian actress known for her roles in the films Shrinin, Tardid, and The Salesman. She also starred on the show Shahrzad as the titular character.

She went to acting school when she was 16 years old and landed her first role in the 2002 movie I'm Taraneh, 15.

She's won a Bronze Leopard Award and Crystal Simorgh for her work. She has more than 7 million followers on Instagram.

She married Ali Mansour in 2011 and has a daughter. Her father was a soccer player for Iran's national team.

She starred alongside Bahram Radan in Tardid.

Taraneh Alidoosti Is A Member Of