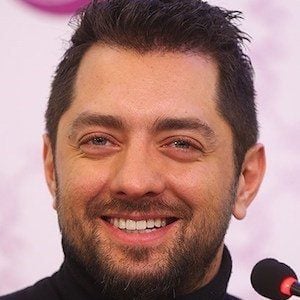 Award-winning Iranian actor who is best known for his roles in Santouri and Candle in the Wind. He is sometimes called the Iranian Brad Pitt. He received a Ladakh International Film Festival Award for his performance in the 2009 film, The Killer.

He was studying Business Management at University when he was discovered as an actor and given a role in The Passion of Love.

In 2010, he was chosen as a United Nations Ambassador Against Hunger, the first one chosen from Iran.

He grew up in Tehran, Iran. After being exiled, he moved to Toronto.

He played the lead role in Santouri, which was directed by Dariush Mehrjul.

Bahram Radan Is A Member Of