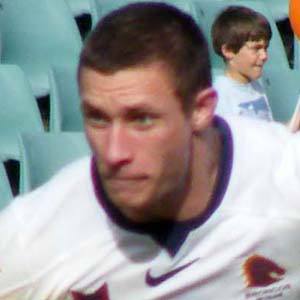 Fijian rugby league footballer most famous as a member of the NRL squads the North Queensland Cowboys and Newcastle Knights. He represented Fiji at the 2013 Rugby League World Cup.

He was born and raised in Gerringong, New South Wales and played for the Brisbane Broncos beginning in 2008.

He was named to the National Youth Competition Team of the Year in 2010.

His siblings, Korbin, Ashton and Ruan have all played high-level rugby.

He has been teammates with team captain Kurt Gidley in Newcastle.

Tariq Sims Is A Member Of