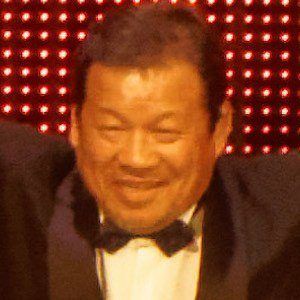 Known for his gimmick as The Dragon, he has spent most of his career in New Japan Pro Wrestling.

His son, Leona Fujinama, is also a successful wrestler.

He was well known for defending his NWA World Heavyweight title against legend Ric Flair.

Tatsumi Fujinami Is A Member Of