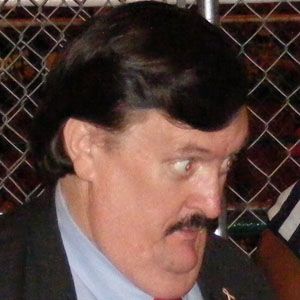 Manager and wrestler for the WCCW and WWE leagues; died at age 58 from gallbladder issues.

He managed several big-name wrestlers like Kane, Lex Luger, and The Undertaker.

His wife Dianna died due to complications from breast cancer in 2009. Together they had two sons named Michael and Daniel.

He had fictionalized feuds with wrestler Randy Orton.

Paul Bearer Is A Member Of