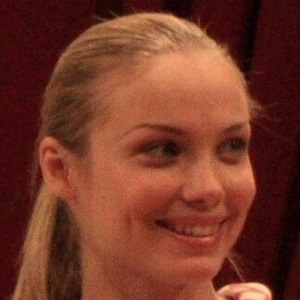 Russian actress who is known for her work in theater and film. She is best recognized for playing the recurring roles of Svetlana Kulik in the 2006 series Durdom as well as the film The Photographer where she played Natasza.

She studied acting at M.S. Schepkin Higher Theatre School in Moscow. She made her acting debut in 1999 in the youth drama series Prostiye Istiny where she played Katya Trofimova.

She is known for having won the Best Actress Jury Prize at the 2018 International Peace and Film Festival for her role in Monakh.

She has a twin sister named Olga.

She participated in the 2008 Channel One show Lednikoviy Period where she performed ice dancing routines with her partner Maxim Staviski.

Tatyana Arntgolts Is A Member Of