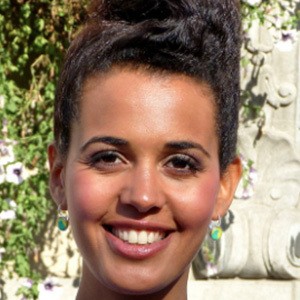 Flemish actress and television presenter who is known for her recurring roles on several VTM series' including Code 37, Sara, and Zone City. She is also known for hosting the programs The Perfect Couple and Volt on the One network.

She started her career as an actress in 2006 when she made her debut as the character Karima in the 2006 television series Spring. She gained further attention in 2007 when she starred as Lisa Deprez in the series Urgent.

She is known for having appeared as a guest in October of 2010 on the series Flemish Hollywood Women which premiered on VTM and looked at the lives of several famous Flemings who work in Hollywood.

She is the daughter of professional football player Paul Beloy.

She starred alongside Nathalie Meskens and Rik Verheye in the VTM television series Danni Lowinski.

Tatyana Beloy Is A Member Of