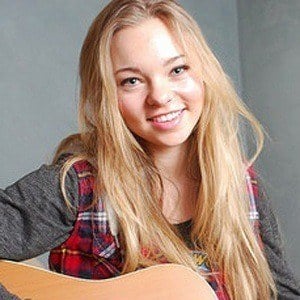 Actress and singer known best for bringing to life Meghan Orlovsky in the 2016 Marvel film Deadpool. She also appeared in the 2015 thriller Go With Me.

She fell in love with music at the age of two and could be heard singing anywhere and everywhere until, at the age of eleven, her parents bought her singing lessons for Christmas.

She has a self-titled YouTube channel where she has posted covers of popular songs.

Her father was a rising musician when she was born and began performing with her locally when she was 11. She has younger siblings named Tianna, Tyson and Tiernan.

She appears alongside Ryan Reynolds and Ed Skrein in the 2016 film Deadpool.

Taylor Hickson Is A Member Of