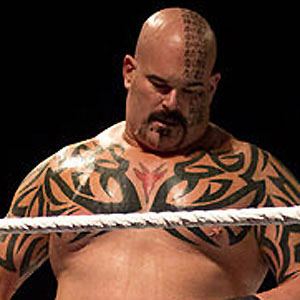 Born Matthew Jason Bloom, he was a former WWE wrestler who earned an Intercontinental Championship belt.

Prior to his wrestling career, he briefly played in the NFL for the San Diego Chargers.

He made his WWF debut in April of 1999; he feuded with The Undertaker and competed in the Royal Rumble in 2004.

He married Farah Louise in September of 2005. The couple had their first child, a daughter, in 2012.

He wrestled alongside Brock Lesnar in a WWE Survivor Series match.

Tensai Is A Member Of