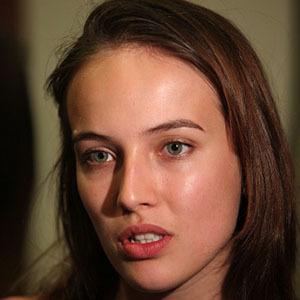 Actress who is mostly known for her roles on Polish television, having appeared on such shows as Dabing Street, Clay's P.O.V. and Sign of the Horse. Her film work includes Alois Nebel (2011), Laputa (2015), Barefoot (2017) and more.

She was a music and drama student at the Prague Conservatory.

Her performance in Laputa earned her Best Actress honors at Film Fest Kosova 2016.

She is the older sister of actress Sára Voříšková.

She and Jakub Prachar appeared together in the comedy film Chasing Fifty (2015).

Tereza Voriskova Is A Member Of