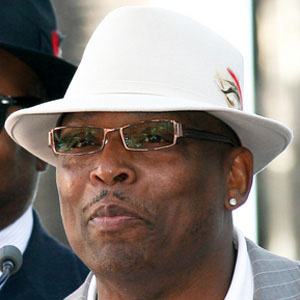 American songwriter and producer who has been a part of the duo Jimmy Jam and Terry Lewis and had much success in the 1980s writing with singers like Janet Jackson.

He met Jimmy Jam in an Upward Bound program at the University of Minnesota, and they formed a band called Flyte Tyme.

He has been one of a handful of producers to have number one records in three consecutive decades.

He has been married twice and has three children.

He has produced many of Janet Jackson's hit songs.

Terry Lewis Is A Member Of