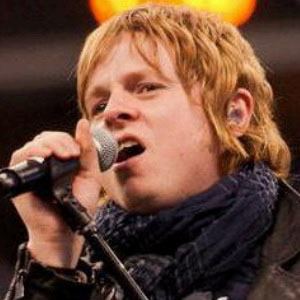 Singer/songwriter who first gained notoriety as the frontman for the Scottish rock band Drivebline. He would later capture the attention of America as the runner-up on the third season of The Voice.

By 2003, he was touring the US with Driveblind, playing gigs in Los Angeles and New York City. They were signed to Geffen Records in 2006, but the contract didn't last past 2008.

He auditioned for The Voice with his rendition of The Who's "Baba O'Riley."

He married a woman named Malyn and together they had two children, Liam and Ella Jean.

In addition to being mentored by Blake Shelton on The Voice, the duo released a cover of Aerosmith's "Dude (Looks Like a Lady)."

Terry McDermott Is A Member Of