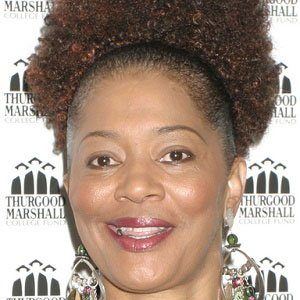 American novelist who has penned New York Times Bestsellers like Waiting to Exhale, Disappearing Acts and How Stella Got Her Groove Back. She has earned praise throughout her career for her portrayal of successful black women.

She was born in Port Huron, Michigan and earned a Bachelor of Arts degree in Journalism from the University of California, Berkeley in 1977. Her first book, Mama, was published in 1987.

In September 2010, she appeared on The Oprah Winfrey Show with her ex-husband to discuss their relationship, which ended when he came out as gay in December 2004.

The title character in the film adaptation in How Stella Got Her Groove back was played by Angela Bassett, who won an NAACP Image Award for her performance.

Terry McMillan Is A Member Of