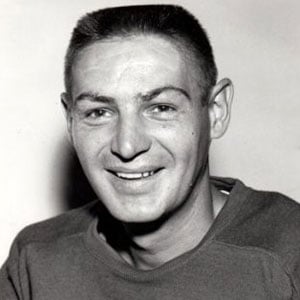 Hall of Fame goaltender who played 21 seasons in the National Hockey League, mostly for the Detroit Red Wings.

He was such a talented goaltender that he met with Red Wings scouts at the age of just 14.

He became notorious for playing through severe injuries including an appendectomy, a broken instep, a collapsed lung, and ruptured discs in his back.

His record of 103 career shutouts stood for 39 years until it was broken by Martin Brodeur in 2009.

Terry Sawchuk Is A Member Of