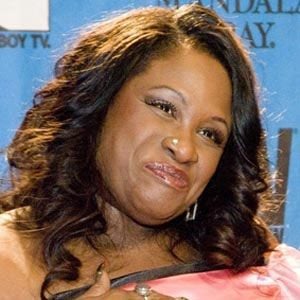 Best known for her title role in the 1993 ABC situation comedy Thea, she also appeared on such comedy series as The Drew Carey Show, Ugly Betty, and My Wife and Kids. Also a popular stand-up comedian, she performed in venues in New York, Los Angeles, Washington, D.C., and Houston.

Early in her career, she appeared with Jeff Foxworthy and Tim Allen in a 1989 HBO comedy program.

Beginning in 2012, she made comedic appearances in World Wrestling Entertainment matches.

Born into a military family, she grew up in many places before settling in Texas in her early teens. Her marriage, which was marked by abuse, resulted in four children.

Thea Vidale Is A Member Of