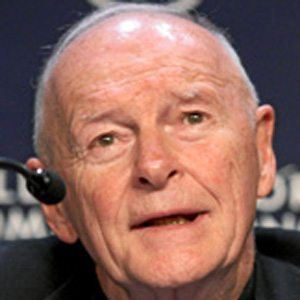 American Cardinal of the Roman Catholic Church who was the Archbishop of Washington from 2001 to 2006.

He served as an altar boy at the Church of the Incarnation in Washington Heights, New York.

He was chosen to be placed in the Ellis Island Hall of Fame in 1990 because of his advocacy of Irish immigrants.

His father was a ship captain who died when he was three years old.

He was elevated to the cardinalate by Pope John Paul II in 2001.

Theodore Edgar McCarrick Is A Member Of