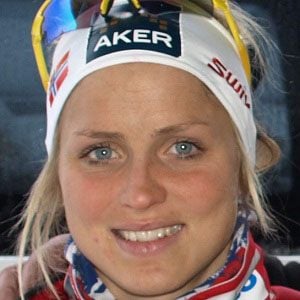 She began competing in local Norwegian races in 2006.

She became the first Norwegian woman to win the Tour de Ski, doing so in 2013-14.

She has siblings named Karstein, Joakim and Veronica.

She and fellow Norwegian Marit Bjorgen are both World Champions in women's 10-kilometer cross-country skiing.

Therese Johaug Is A Member Of