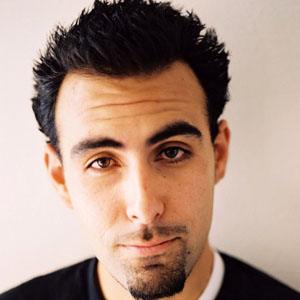 Born Christopher Cesar Portugal and better known by his stage name of "Thes One," this rapper and music producer formed a successful hip-hop group called People Under The Stairs. The band's albums include Carried Away, Stepfather, and Question in the Form of an Answer.

Though he considered attending the audio engineering program at the prestigious Berklee School of Music, he ultimately studied at the University of Southern California, where he graduated with honors and also earned a Seibert poetry fellowship.

In 2004, he co-founded a music label called Tres Records.

He grew up in Torrance and San Pedro, California, in a family of Peruvian descent.

He and fellow rapper D-Loc were both born in California in 1977.

Thes One Is A Member Of