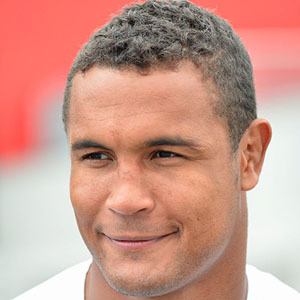 Rugby union player who competed as a blindside flanker for Stade Toulouse from 2006 until his retirement in 2017. He was a French international who represented his home country at multiple Rugby World Cup tournaments.

He practiced judo before taking up rugby at age 16.

He was named World Rugby Player of the Year in 2011, becoming the second French player to win the award.

He married Sofia Dusautoir in 2013. He has a daughter named Canela.

He was teammates with William Servat at the 2011 Rugby World Cup.

Thierry Dusautoir Is A Member Of