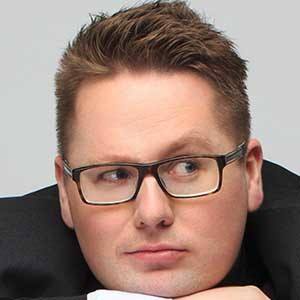 German comedian based in China who details his experiences and cultural differences on his YouTube channel. It has 400,000 subscribers and 62 million overall views.

He uploaded his first YouTube video on May 29, 2016, with a video of him testing out the accuracy of his translating device.

In April 2019 he published his first book, "And Every Day The Tiger's Father Greets", about his life as a German son-in-law in a Chinese family.

His wife, Liping, is Chinese.

In November 2018 he made a video with Marcel Kittel.

Thomas Derksen Is A Member Of