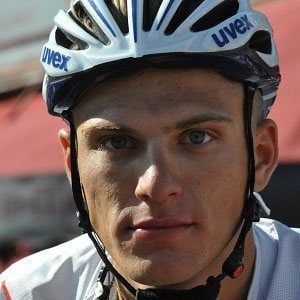 German cyclist who entered the international cycling spotlight when he won eight individual stages at the 2013 and 2014 Tours de France. He has been a prominent member of the Giant Shimano racing team.

He was a vocal critic of Lance Armstrong following the disgraced cyclist's doping scandal.

His father was also a cyclist.

He and Belgium's Jan Bakelants both won individual stages at the 2013 Tour de France.

Marcel Kittel Is A Member Of