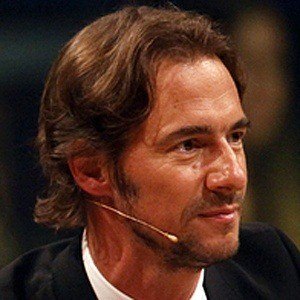 Designer and art director renowned for his work with models like Gisele Bundchen and Naomi Campbell. He also served as a judge on Germany's Next Topmodel.

He studied visual communication in Darmstadt at the Hochschule für Gestaltung.

In 2016, he made an appearance in the German game show Das Pro7 Länderspiel.

His brother, Peter Hayo, is a film score composer.

As a judge on Germany's Next Topmodel, he has worked alongside the show's host Heidi Klum.

Thomas Hayo Is A Member Of