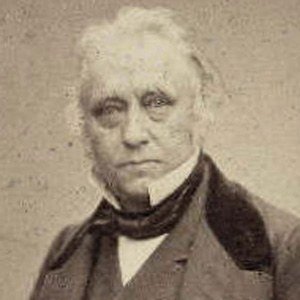 A prominent British politician of the 19th Century, he also wrote numerous influential historical works, including The History of England from the Accession of James II (1848). His nonfiction works are widely regarded as masterpieces of both history and literature.

He studied classical literature at Trinity College, Cambridge. He went on to publish several award-winning collections of poetry.

A firm believer in the idea that England represented the pinnacle of civilization, he encouraged the British colony of India to adopt the English language and culture.

He was one of several children born to Zachary Macaulay and Selena Mills. He neither married nor had children.

He was the great uncle of another influential British historian, G.M. Trevelyan .

Thomas Babington Macaulay Is A Member Of