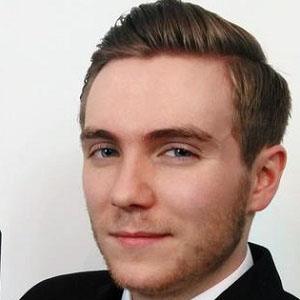 YouTuber who earned over 3.1 million subscribers on his popular channel, where he answers questions about "life, the universe and everything" for his fans. His content ranges from subjects of conspiracy theories to history to answers of life's biggest questions.

He used to manage a small team in the advertising department of a retail company. He quit that job to start his YouTube channel.

His real name is Arran Lomas. He was born and raised in Lancashire, England.

His channel name of Thoughty2 derives from Douglas Adams' novel The Hitchhiker's Guide to the Galaxy, in which Adams' wrote that the meaning of life is the number 42.

Thoughty2 Is A Member Of