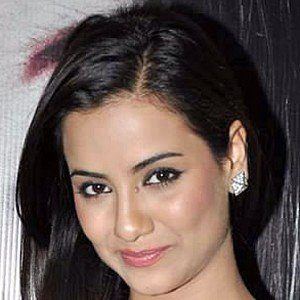 Film and television star recognized for her breakout film role in Vikram Bhatt's Haunted 3D. She has gone on to star in 1920: Evil Returns and Baankey Ki Crazy Baraat.

Her screen debut was as a contestant in the 2005 season of the reality show Sa Re Ga Ma Pa Challenge.

She and her sibling, Naveen Bajpai, were born in Lucknow, India.

In the horror thriller 1920: The Evil Returns, she starred opposite Aftab Shivdasani.

Tia Bajpai Is A Member Of