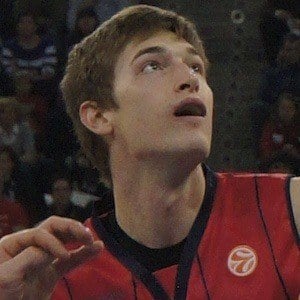 7'3" center who drafted by the New Jersey Nets with the first pick of the second round in 2010. He made his NBA debut with the Utah Jazz in 2015.

He started playing in the Basketball Bundesliga in 2006 when he was 17. He went on to win four German Cups and three German League championships.

He grew up in the western German town of Bergisch Gladbach.

He and Dirk Nowitzki have played together on Germany's international team.

Tibor Pleiss Is A Member Of