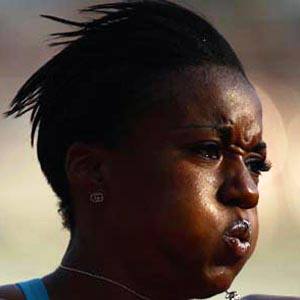 Hurdler who won a silver medal in the 4x400-meter hurdles at the 2006 World Indoor Championships and competed in the 2008 Olympics.

She finished fourth at the 2002 World Junior Championships.

She was a three-time SEC champion at the University of South Carolina.

She grew up in Miami, Florida.

Tiffany Williams Is A Member Of