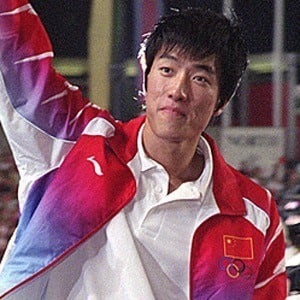 Chinese hurdler who won a 2004 Olympic gold medal in the 110 meters hurdles, as well as multiple world championships.

He was setting records when he was 18.

He became a cultural hero in China at the 2008 Beijing Olympics.

He was born in 1983 in Putuo District, Shanghai.

He and Chinese basketball star Yao Ming were both featured by the International Olympic Committee in a promo film for the 2008 Olympics.

Liu Xiang Is A Member Of