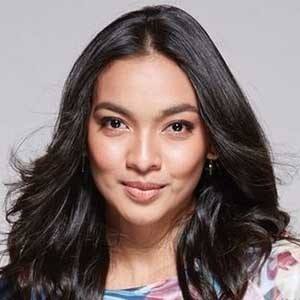 Indonesian film actress best recognized for her roles as the titular character in the 2017 film Nyai Ahmad Dahlan, Umi in the 2016 feature Shy Shy Cat, and Fatmawati in the 2013 film Soekarno. She is also known for her recurring soap opera appearances including in the shows Candra Kirana and Tukang Ojek Pengkolan.

She originally studied within the Faculty of Economics at the University of Indonesia. After graduating, she made her feature film debut in 2010 when she starred as Pipit in the film How Funny (This Country Is). Her television debut came in 2013 when she landed the role of Laisa on the SCTV soap opera Bidadari-Bidadari Surga.

She has won several honors and awards for her acting work including Best Leading Actress at the 57th Indonesian Film Festival in 2012 for her role in Pahala Terindah.

She married fellow actor Dimas Aditya in 2016 at a ceremony held in Cilandak, South Jakarta.

She starred alongside Fedi Nuril and Acha Septriasa in the 2016 feature film Shy Shy Cat.

Tika Bravani Is A Member Of