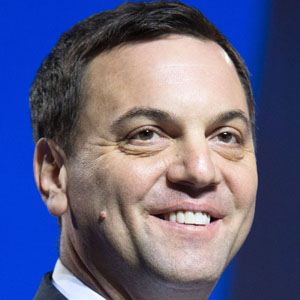 Affiliated with the Progressive Conservative Party, this Canadian politician began serving in the Legislative Assembly of Ontario in the mid 1990s as a representative of the Niagara West—Glanbrook constituency. From 2009 until 2014, he was the leader of both his party and the political opposition in Ontario, Canada.

Elected to the Ontario Provincial Parliament in 1995, he became one of the youngest members to have ever served in that legislative body.

Following their 2002 wedding, he and his wife Deb Hutton welcomed daughters named Maitland and Miller.

He and his fellow politician, Alex Cullen, both served in the Provincial Parliament of Ontario, Canada.

Tim Hudak Is A Member Of