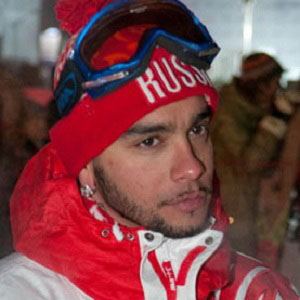 Russian hip hop artist notable for his studio albums Black Star, The Boss, and SWAGG. He has collaborated with American rappers Diddy, Busta Rhymes, and Snoop Dogg. His 2016 single, "London," failed to chart.

He studied classical violin during his childhood years and went on to briefly attend Russia's National Research University Higher School of Economics. He began his rise to musical prominence after appearing on the fourth season of the reality TV talent contest Fabrika Zvezd (Star Factory).

His 2011 single "Welcome to St. Tropez" rose to Top 5 positions on Austrian, Swiss, and German music charts and to Top 10 spots in Belgium, France, and the Netherlands.

He is the son of Simona Chervomorskaya Yunusova and Ildar Yunusov and the grandchild of orchestral conductor and classical composer Yakov Chervomorsk, He has one brother, Artyom. In 2014, Timati and model Alena Shishkova welcomed a daughter named Alice.

Timati Is A Member Of