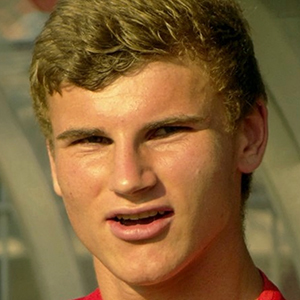 Forward who joined RB Leipzig in 2016 and Germany's national team in 2017. He has over 2.2 million followers on his Instagram account.

At 17, he was the youngest player to score two goals in a Bundesliga match. He played in the FIFA Confederations Cup in 2017.

His parents are Günther Schuh and Sabine Werner.

He and Amin Younes were both traded to the German national team in 2017.

Timo Werner Is A Member Of